Large, slow-moving and curious, manatees are often called sea cows due to their massive size and adorable faces. Many Florida spring breakers come across these friendly giants while kayaking. And while hugging and hopping on sea manatees is highly illegal, admiring them from a safe distance is encouraged!

Manatees, or sea cows, are incredibly fascinating creatures. Here are some fun facts about the adorable animals that will help you admire them all the more the next time you see them.

Believe it or not, manatees caused quite a stir among sailors who thought they were mermaids! The manatee sightings at sea were one of the defining moments that gave rise to many mermaid sighting stories.

Thanks to hallucinations from sleep deprivation, seasickness, dehydration, and malnutrition, many sailors would often confuse glimpses of manatees as mermaids. In fact, Christopher Columbus also made the same assumption, and went on to lament about mermaids not actually being as beautiful as he had thought and them having masculine features!

You might think that given how the manatee looks and where it resides, its closest ancestor would be the walrus or the seal. However, despite looking like them, the manatee’s closest living relative is not an aquatic animal but an elephant!

Manatees have one-inch-thick skin and three to four toenails, much like elephants. And while they’re not directly related, they do have a lot in common.

Additionally, manatees are mammals, and although they live underwater, they often need to swim to the shore to catch a breather. Manatees replace 90% of the air in their lungs with just one big breath. Depending on their activity level, they can hold their breath underwater for nearly twenty minutes before swimming up again. 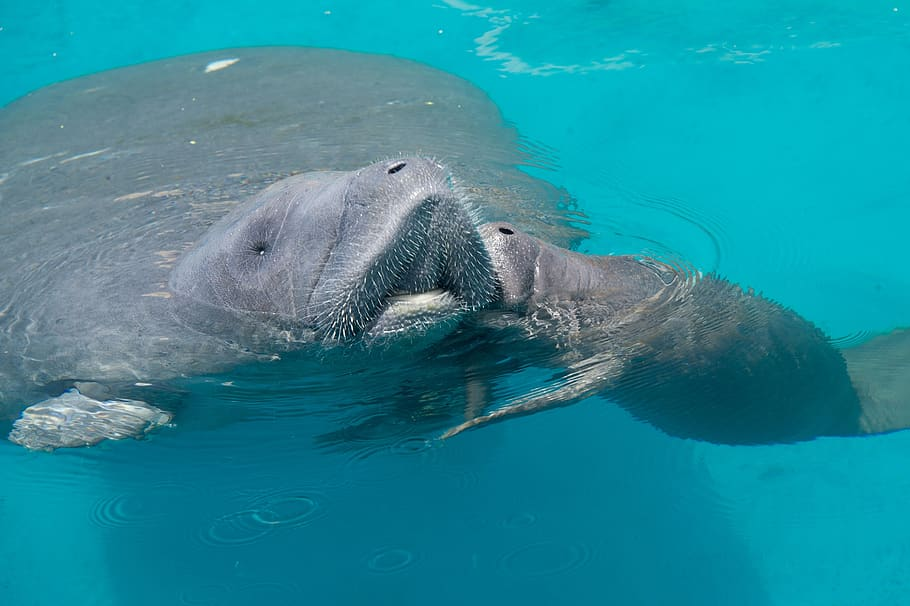 Are you excited to see a manatee mama and her calf swim past your kayak? Book your kayak tour at Cocoa Beach with us, at Adventure Kayak! Our Thousand Island Kayak Tours are ideal for manatee sightings and get you close enough to see the majestic beauties in action. Contact us today for more information on our tours!